Static-X were last in Australia in 2019, and this tour marks their second run of Australian shows since the death of founding front person Wayne Static.

Static-X – ‘All These Years’

Static-X was founded in 1994 by Static and drummer Ken Jay after the breakup of their former band, Deep Blue Dream, which also featured the Smashing Pumpkins‘ Billy Corgan. Static-X released six albums between 1999-2009 before disbanding in 2013.

In 2014, Wayne Static died of multiple prescription drug toxicity. In 2018 Static-X reformed and in 2019 they welcomed the new masked lead singer, Xer0. Static-X have released one album with this new line-up: 2020s Project: Regeneration Vol. 1.

Despite attempts to keep Xer0’s real identity a secret, evidence suggests that he is Edsel Dope of New York industrial metal band Dope. Static-X have neither confirmed nor denied the rumour.

Static-X 2023 Rise of the Machine Tour 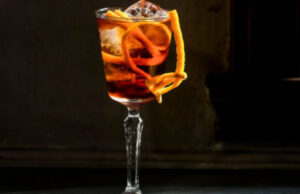 January 30, 2023
There are seemingly more ways than ever to shake things up at home from the comfort of your bar cart, but adding a few...