“For me, the Riva Aquarama is simply one of the most beautiful things I own. It will never go out of style because it is a work of art created by a genius. Like the works that remain over time and in our memory, it amazes me every time because it proves that man’s craftsmanship can produce stunning masterpieces that, in turn, forge the aesthetic soul of those who admire them.”

The speaker is Alberto Galassi, CEO of Ferretti Group, which now owns iconic Italian boatbuilder Riva; he is also the son-in-law of Ferretti stakeholder Piero Ferrari—who himself calls the Aquarama “a paragon of style, elegant details and high-quality construction.”

“Owning an Aquarama is more than a membership club—it’s almost a religious thing,” he marvels. “When you meet other owners and end up talking about the wonders of the Aquarama, there’s a sense of belonging to a very special community.”

The quotes appear in Riva Aquarama, a new book from top-drawer French luxury publisher Assouline, coinciding with the model’s 60th anniversary. Part of their posh Ultimate Collection, the $1,200 volume, with text by Michael Verdon and main photography by Oliver Pilcher, is an impressive, lavishly-illustrated tribute to the legendary runabout, which debuted in 1962, and an even pricier edition presented in a custom mahogany box evoking the beauty of the Aquarama’s magnificent hull.

“No other boat has enjoyed the Aquarama’s elevated brand status,” the publisher notes. “Movie stars like Sophia Loren, Brigitte Bardot, Elizabeth Taylor and a coterie of aristocrats—including the royal family of Monaco and the Shah of Iran—were among the first to acquire it, which added to the mystique in the public’s eye. But most owners were high-net-worth individuals who were willing to buy an Aquarama for about the same price as a Rolls-Royce Silver Cloud,” then one of the most expensive cars in the world.

The connections between Aquarama and Ferrari go beyond even Galassi and Piero Ferrari; Carlos Sainz Jr., the superstar Spanish racing driver currently competing in Formula One for Scuderia Ferrari also has ties to the historic craft.

“The relationship between the Aquarama and the Sainz family is a very strong one,” he tells Verdon in the book. “Ever since my father”—double World Rally Champion Carlos Sainz Sr.—“bought our Aquarama Special hull No. 551, the boat has been enjoyed by three generations, creating endless family memories.”

Sainz Jr. reveals that “some of my earliest summer memories are of the magical moments spent with my family on our Aquarama. It first belonged to my grandfather, who passed it on to my father. Now that it is my turn, it is my duty to preserve its splendor for the future generations.” And Galassi adds, “There are no limits to the beauty of the Aquarama, how perfect it looks and how timeless. Itwas an instant classic. You could have an eighty-meter yacht, but people will always look at the Aquarama first.”

Dreamed up by the famous boatbuilder and designer Carlo Riva, the Aquarama is “beloved for its clean lines, mahogany, glistening chrome details and signature robin’s egg-blue and cream upholstery,” Assouline notes. It “reflected the La Dolce Vita optimism of early-’60s Italy; it’s impossible to picture the glittering Côte d ’Azur and coasts of Europe without visions of endless summers spent lounging on the back of the boat in the warm summer sun, and the gentle roar of the engine as the Aquarama cuts through the surf.”

Of the roughly 760 Aquaramas built at Riva’s boatyard on LakeIseo from 1962-66, Riva experts estimate around 650 are still in existence, including a special model built for Ferrucio Lamborghini powered by twin Lamborghini V12 engines, making it the fastest Aquarama ever built.

And Riva, which has been part of the Ferretti Group since 2000, recently celebrated its 180th anniversary with a star-studded fête in Venice. There they unveiled the new Riva “Anniversario,” produced in a special limited edition of just 18 boats to celebrate the anniversary and to pay tribute to the Aquarama. There they also debuted a film starring David Beckham as a Bond-like character piloting Ferraris and Rivas—what else?—along the Côte d ’Azur. Your move, 007.

This article originally appeared in the Jan/Feb issue of Maxim magazine. 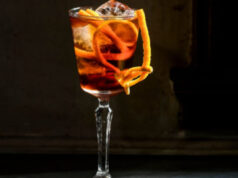 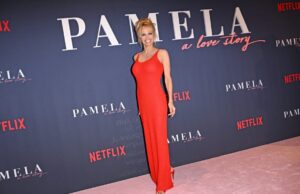 February 1, 2023
Pamela Anderson gave a nod to the iconic swimsuit that helped launch her career at the premiere of her new Netflix documentary Pamela, A...