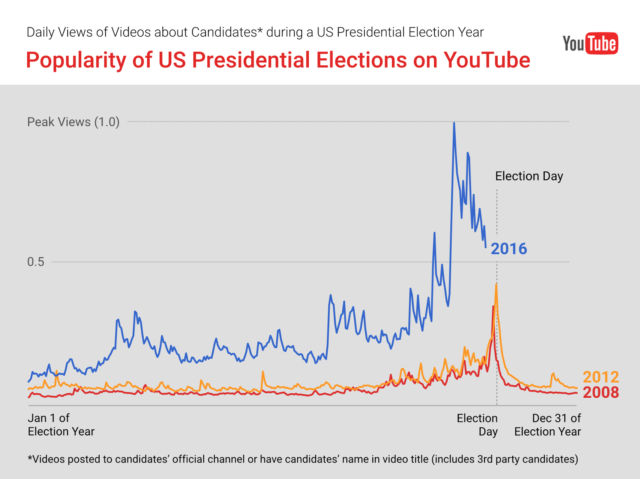 We’ve reported staggering numbers for the 2016 U.S. presidential election on YouTube. The final debate, for example, had an unprecedented 140 million election-related views.

Even more exceptional is how this U.S. presidential election cycle compares to those of 2012 and 2008. We examined the data for election years in 2016, 2012, and 2008, and determined that this year will likely break YouTube records for views and watch-time on Election Day, November 8.

In each case, Election Day was the most popular date: views historically increase 7-10x from the yearly average, as viewers tune into analyses of the results. When it comes to U.S. elections-related viewership, we expect November 8, 2016, to be one of the largest days ever in YouTube’s history.

The Significant YouTube Moments From Every Presidential Election Year

Each election season is marked by its own cultural milestones: there are the gaffes, the inspirational speeches, and the viral campaign moments. We’ve compiled a list of some of the biggest election-related moments on YouTube during the past three presidential races:

Here are some of the elections-related videos that provided sizable contributions to the viewership spikes in each of the three campaign cycles: 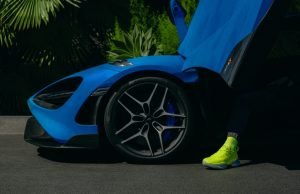