Organizers behind this year’s Werk Out Music & Arts Festival have shared the complete lineup of scheduled performers to appear at the 2019 summer event. Following the festival’s initial announcement early last month, the 2019 lineup has now been expanded with the addition of Dopapod, STS9, Steel Pulse, and more!

Related: The Werk Out Festival Adds The Trancident Featuring Members Of The String Cheese Incident

Announced on Thursday, the 10th annual running of the three-day festival will now also include a pair of all-star tribute performances honoring two of rock’s most beloved bands, Queen and Pink Floyd. We Are The Champions: A Tribute to Queen will be performed by Turkuaz’s Josh Schwartz, Sammi Garett, Shira Elias, and Michaelangelo Carubba, in addition to Rob McConnell (Papadosio); Dan Shaw (The Werks); Rob Compa (Dopapod); and Ryan Jalbert (The Motet). The other notable tribute set, Pink Floyd’s The Wall, will also be performed by members of Papadosio, Dopapod and The Werks. Organizers didn’t reveal which members will take part in the Pink Floyd tribute set, but fans should keep an eye out for more details to come in the coming months.

“​We are doing the slow release because we feel like EVERY act we book are some of the best musicians in the world,” The Werks’ Rob Chafin mentioned via press release to go with the lineup’s finalized expansion. “We want to showcase everyone individually to give everyone the attention they deserve!” 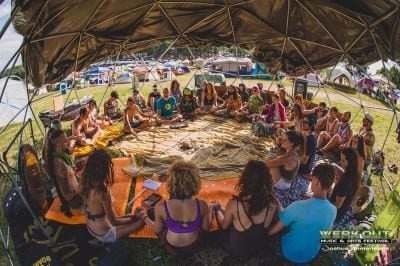 Fans can check out the video below for an idea of what to expect at this year’s event.

Werk Out Music Festival will take place once again at Legend Valley in Thornville, OH from August 1st-3rd this summer. Fans can head to the festival’s website for more general information on this year’s event. Tickets for The Werk Out Music and Arts Festival 2019 are also on sale here. 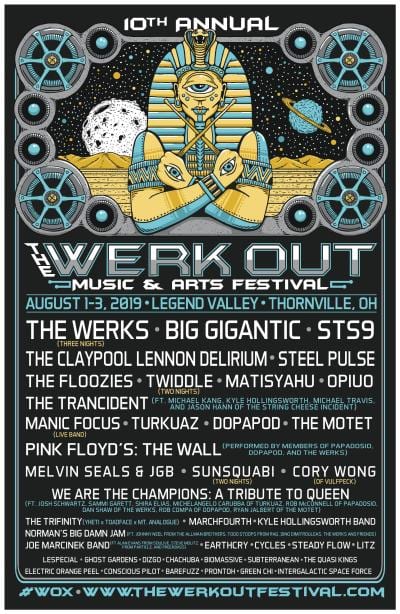 Resistance to last resort drug arose in patient over 3 weeks

A former Microsoft engineer stole more than $10 million from the...

Watch Taylor Swift Enjoy Life As A Man & Shout Out...

PREMIERE: Jake Marra’s Debut Single ‘The Day That You Left’ Is...