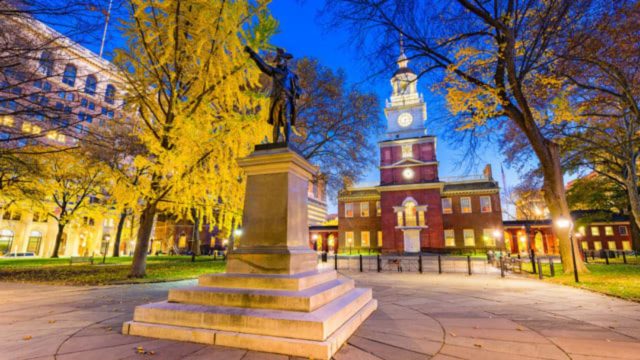 It’s Valentine’s Day Weekend in the City Of Brotherly Love and what better way to celebrate than to Go See Live Music? Here are some of our top picks to help you find just the right concert to see in Philadephia and South Jersey this weekend.

Stop by Tired Hands Fermentaria for some tasty pre-show suds then brace yourself for an explosion of funk and jazz with Karl Denson’s Tiny Universe as they settle into Ardmore Music Hall for a two-night stand.

If you’re in South Jersey on Saturday, head over to the Scottish Rite in Collingswood for some second-generation jams with The Allman Betts Band, featuring prodigious offspring Devon Allman (Gregg’s son) and Duane Betts (Dickey’s son) along with special guests JD Simo and Jackson Stokes.

Or How About Some More moe.?

Jam-scene stalwarts moe. are heading to Atlantic City for a two-night stand at the Music Box inside of the Borgata. And if you’re hungry after, good news… Noodles Of The World is located right inside the hotel serving Thai, Japanese, Chinese and Korean cuisine until 4 a.m.

More Concerts in Philadelphia this Weekend

But wait… there’s more! Here are some more of our top picks if you’re looking to Go See Live Music in Philadelphia this weekend.

Have a rocking Valentine’s Day Weekend. Stop by next week for more options to Go See Live Music in the Philly area.

Trump says he’s given his ‘blessing’ to a proposed TikTok deal...

September 19, 2020
Trump said he "approves a deal in concept" that will allow TikTok to continue to operate in the United States under a deal with...

The Grateful Dead Played MSG Five Times On This Day In...