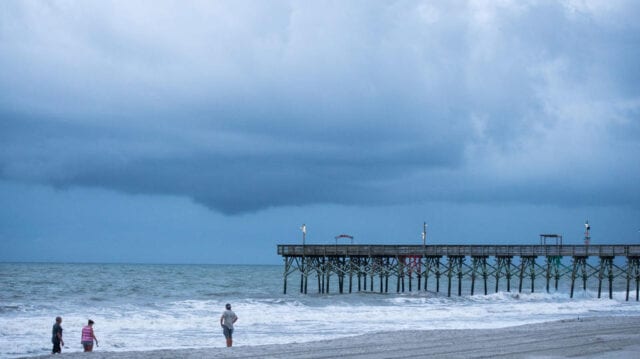 Tropical Storm Isaias is making its way to the U.S. East Coast, and it looks like the region is about to get a lot of rain. After lashing the Bahamas on Friday and then weakening over Florida’s coast over the weekend, the storm is expected to pick up speed and strengthen back to hurricane status before bringing strong winds and rains to the Carolinas on Monday, causing flooding from the rains itself and from storm surges. Meteorologists predict it will then travel up the East Coast through Tuesday evening, reaching as far north as New England.

As the storm heads up the Atlantic coast, it may also pick up energy from the jet stream, the powerful winds that steer weather systems in the Northern Hemisphere. It could even meet a “sting jet,” a core of aggressive winds that can form in deepening areas of low pressure. That could lead to a brief period of even more wild northwesterly winds.

So if you’re in any of the areas along the storm’s projected path, buckle up, because it’s looking like things might get bad. The Capital Weather gang forecasts 3 to 6 inches of widespread rainfall, with some areas accumulating up to 8 inches. All that potential for flooding has caused the National Weather Service to issue flood watches along the East Coast, from Washington D.C. through the New York City Tri-State area. NYC has even set up temporary flood barriers in Lower Manhattan in preparation for a possible storm surge.

Be wary of strong winds, too. Wind speeds could reach up to 50 miles per hour on the Interstate 1-95 corridor, which could knock down trees and cause power outages (I’m in Baltimore, so I should probably find my external phone battery ASAP). Other parts of Maryland could see 60-mph winds, and in New York City, winds could be reportedly be even stronger, reaching 69 miles per hour—the strongest winds in the region since Hurricane Sandy. Many areas could also see flash floods and river overflows.

Because flooding, felled trees, and power outages aren’t enough to deal with, the storm could also create another complication by unleashing toxic floodwaters along its path. The infrastructure damage caused by recent storms, including 2017’s Hurricane Harvey and 2018’s Hurricane Florence, have caused industrial waste to spill into nearby communities and waterways, and Isaias threatens to do the same.

“The storm could swamp industrial facilities, coal ash ponds, concentrated animal feeding operations (CAFOs), and more,” Matthew Shudtz, executive director of the Center for Progressive Reform, said in a statement emailed to Earther. Along the storm’s projected path in Virginia, for instance, a shocking 2,700 industrial facilities could unleash toxic and hazardous chemicals into nearby communities along the James River watershed, a 2020 Center for Progressive Reform report found.

It’s difficult to link any individual instance of extreme weather to the climate crisis, but one June study published in the Proceedings of the National Academy of Sciences found that North America saw 5% more rain in 2010 than it did in 1961. In the case of Isaias in particular, climate change has certainly created the ideal conditions for storms to wreak serious havoc. Since sea levels have been pushed up due to melting ice and thermal expansion in the warming waters, storm surges and coastal flooding will be more severe, and since the air and ocean are both warming, more water vapor can evaporate up into the atmosphere and produce heavier rainfall. If world leaders continue to waste valuable time by not enacting stronger climate policies, we should expect to see a whole lot more of these scary storms in the future. The authors of the June study in PNAS found that if the world warms by another single degree Celsius, North American rain events which now occur once every 20 years could occur every five years.

There’s still some uncertainty about what exactly the impact of Isaias will be along the East Coast. We don’t know exactly how strong winds will be or how much rain will fall. But there’s no question that communities should be prepared. 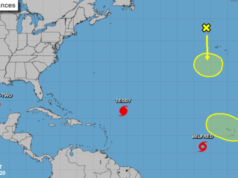 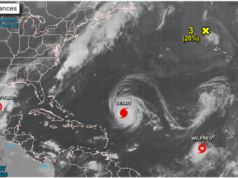 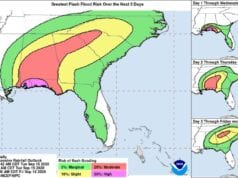 Why Hurricane Sally Is Going to Make It Rain So Much

Hip Dips Add an Extra Challenge to Your Plank

January 30, 2017
The plank is a great exercise for your core, but holding it like a statue is only one of many ways to work those... 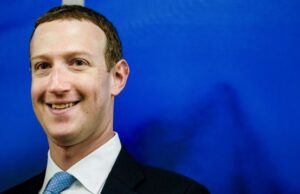 September 24, 2020
With every passing day, Facebook gives us more evidence that it’s incapable of running itself responsibly, and every day it faces zero consequences. The...

‘Enough is enough’: China attacks US at Security Council