Dispatch has announced a multi-phased project which began with Phase 1 and will culminate in 2021 with the band’s eighth studio album.

Phase 1, a three-song EP, initially saw release on Friday, October 24th and contains contributions from The White Buffalo on the record’s middle tune, “All This Time”. This record marks the first since founding member Pete Francis parted ways with the band in 2018 and arrives at a time when remaining members, Chadwick Stokes and Brad Corrigan, find themselves dealing with change in more ways than one.

“Everyone in this country has been facing some kind of turmoil these last four years,” said Stokes in a press release. “As fathers of young kids who worry about what kind of world we’re leaving behind, as people who’ve lost family and friends to suicide and addiction, as bandmates navigating this transition from trio to duo, I think that feeling of everything being in flux was particularly acute for Brad and me. Writing’s always been the way we’ve made sense of the world, though, so that’s what we did,” he continued.

A range of emotions find themselves on full display throughout Phase 1, starting with the fears and frustration found on the upbeat and driving “May We All”. Soulful vocal contributions from The White Buffalo on “All This Time” aid the band in subtle commentary on the direction of the country during these tumultuous times before the reggae-inspired “One by One”. This final tune deals with the struggles of losing a loved one, something both band members have dealt with recently.

Listen to Phase 1 via Spotify below and click here for more listening options.

Dispatch has promised Phase 2 in the coming weeks. As far as touring is concerned, the band currently has no dates scheduled, however, the possibility of 2021 performances remains high as the Dispatch will look to support the forthcoming album as long as the pandemic allows. Head to the band’s website for the latest information as it becomes available. 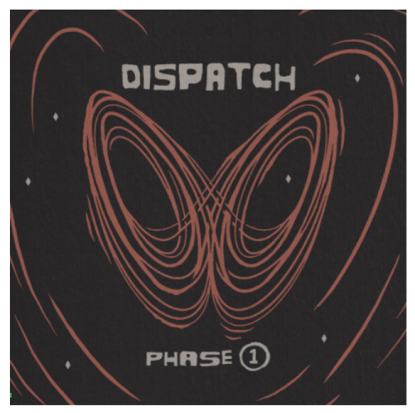 All the States of Matter You Didn’t Know Existed