Produced, arranged, performed and co-written by Cory Henry, the mostly-instrumental, 11-track album is a showcase for his many, varied talents. Throughout the record, listeners will hear the prolific Henry on vocals, Hammon B3 organ, Moog, and the electric string instrument Harpejji.

With a sound that Cory has christened “future soul”—a groove-heavy fusion of funk, blues, gospel, jazz and R&B—the new record seeks to mine the greatness of ’70s soul forefathers like Stevie Wonder, Marvin Gaye, Donny Hathaway, James Brown, and more to continue the musical storyline of a time Henry calls “the greatest era of music.”

Listen to Best of Me on the platform of your choice here or stream it via Spotify below.

Henry is set for appearances this weekend at XPoNential Music Festival, Sea.Hear.Now Festival, and Indy Jazz Festival. From there, Cory will head out on tour throughout the rest of this year with a variety of band lineups. Notable tour stops include a run of shows at New York’s iconic Blue Note later this month and a pair of Colorado shows with fellow master keyboardist/composer Robert Glasper in December. For a full list of Henry’s upcoming tour dates, head here. 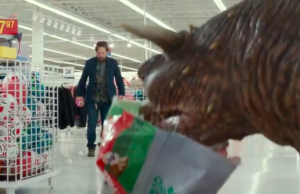 October 18, 2021
Like in the original Ghostbusters movie, the young heroes of Sony’s Ghostbusters: Afterlife will encounter a variety of different apparitions who have begun breaching...