Researchers have discovered archaeological sites in the Nefud Desert of Saudi Arabia associated with the remains of ancient lakes formed when periods of increased rainfall transformed the region into grassland. The researchers found that early humans spread into the region during each ‘Green Arabia’ phase, each bringing a different kind of material culture. The new research establishes northern Arabia as a crucial migration route and a crossroads for early humans.

Case of anthrax in wildlife in the Namib Desert: Infected zebra most likely causes death of three cheetahs 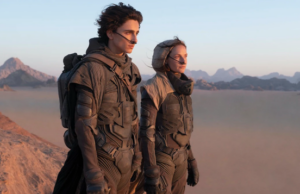 September 24, 2021
Denis Villeneuve’s adaptation of the legendary science fantasy epic Dune is finally coming to HBO Max this month, whether he likes it or not...