Spiderbait‘s main man Kram would like us to spare a thought for Guy Sebastian during these hard times. So much so that he’s dedicated a song to the embattled singer, who’s been copping a bit of flak recently following his Olympic level backflip over his endorsement of the music industry’s #VaxTheNation campaign.

ICYMI, Sebastian drew backlash last week after deleting and apologising for an Instagram post in support of vaccination.

And it seems Kram’s been keeping him in his thoughts and prayers ever since.

The iconic drummer/vocalist popped into Christian O’Connell’s radio show on GOLD 104.3, where he took part in the running ‘Who’s Calling Christian?’ comp, which sees musicians perform covers of iconic TV theme songs in a bid to win $25,000 for charity.

For the segment, Kram delivered what he described as a “religious hymn” version of the Neighbours theme tune, in loving dedication to Sebastian.

“… I’m also calling on behalf of vaccinations, so I want to dedicate that song to all the other 401 artists and performers like myself who are banding together just to encourage people to get vaccinated. Let’s get back to normal so we can play rock and roll and we can go to shows again.”

Listen to the segment below or learn more about the #VaxTheNation campaign here. 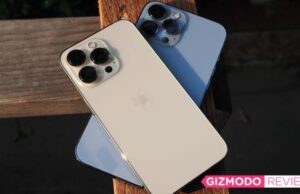 September 27, 2021
For much of my smartphone-owning adulthood, I was an iPhone “S” year upgrader, due almost entirely to my relationship with my cell carrier. My...