Imagine a Hollywood producer pitching “It’s Die Hard, but with bows and arrows and Marvel characters.” That’s a pretty good description of how it feels to watch the first official trailer for the Disney+ streaming series Hawkeye, starring Jeremy Renner as the former Avenger and Hailee Steinfeld as Kate Bishop, the character who in Marvel comics takes over the name “Hawkeye” from Renner’s Clint Barton.

Marvel released the trailer early Monday and since everything is up for contentious discussion online, some folks immediately had one question: Where the hell is Florence Pugh’s character from Black Widow, Yelena Belova?

Spoiler alert: In a post-credits scene in Widow, Julia Louis Dreyfus—as Countess Valentina Allegra De Fontaine—informs Yelena Belova that Hawkeye (Barton) was the person “responsible for your sister’s death.” He’s supposed to be her target in the Marvel Universe now, as she seeks revenge for Scarlett Johansson‘s Natasha Romanoff dying in Avengers: Endgame.

Here’s a portion of Marvel’s synopsis for the series, which doesn’t detract from the idea that the Die Hard feel is intentional:

Former Avenger Clint Barton has a seemingly simple mission: get back to his family for Christmas. Possible? Maybe with the help of Kate Bishop, a 22-year-old archer with dreams of becoming a Super Hero. The two are forced to work together when a presence from Barton’s past threatens to derail far more than the festive spirit.

A new trailer 20th Century Studios posted in 2018 for the Bruce Willis movie makes for a good comparison.

Make no mistake, we’d be the last to complain if Hawkeye maintains that feel, given Die Hard is the ultimate Christmas movie.

In addition to Renner and Steinfeld, Hawkeye stars Vera Farmiga, Fra Fee, Tony Dalton, Zahn McClarnon, and Brian d’Arcy James. We’ll just have to see if Florence Pugh shows up later in the series as the new Black Widow. 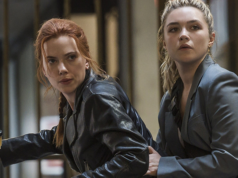 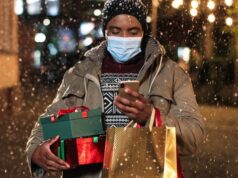 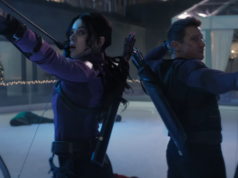