Having made the most of the outdoor festival season, the font just keeps getting bigger for Dogs In A Pile who returned home to Asbury Park on Friday to headline The Stone Pony for the very first time. Jersey Shore-based via the Berklee College of Music, it’s an exciting time for the recent college graduates who are now touring for the first time without the burden of also having to manage a full-time education. That is, of course, with the exception of drummer Joe Babick, Dogs’ 18-year-old drummer who just graduated high school this past spring and whose Berkelee admission is on hold while the band pursues a full-time touring schedule.

These young pups have largely risen due to an abundance of family support as well as the backing of a tremendous local following known as the #dogpound. Humble and kind beyond compare, Dogs In A Pile are always quick to share the love, having invited recently formed Abandoned Outcasts as opening support on Friday’s bill.

A double guitar band with hippie roots and a rock and roll edge, this four-piece is led by lead guitarist/vocalist Michael Jaskewicz and backed by a thumping rhythm section led by bassist Bob Scholz. The Outcasts made the most of their opening set, weaving together an hour-long medley that sandwiched Jaskewicz originals “War That Can’t Be Won” and “We Are Divine” around “Another Brick In The Wall, Part 2” and “Down With Disease”, even inviting local jamily kingpin Sandy Mack for a guest spot on harmonica as well as making room for Dogs’ prodigious keyboardist Jeremy Kaplan.

Youth is most definitely not wasted on the young and that became immediately apparent both on stage and amongst the eager crowd when Dogs In A Pile began their headlining set shortly thereafter. Passion and vigor fly from the fingers of these young men with every note, imbibing the room with a collective energy that had the crowd swelling in perpetual motion like the rise and fall of the ocean, very appropriate for the beachfront venue. Most notable, though, is how cohesively tight this unit is, not surprising for the local quintet now into their fourth year together after having originally formed in the summer of 2018, but even more impressive given their predilection for somewhat regular improvisation.

Jimmy Law, local wunderkind, stands front and center both literally and figuratively. One of those guitarists with an unmistakably unique tone, when Jimmy solos, you just know it could only be him. Brian Murray stands to Jimmy’s right, a fingerpicking guitarist heavily influenced by Tommy Emmanuel who is also the band’s prominent songwriter even though all members share in both the duties and the credits. Alongside Joe Babick, Sam Lucid completes the band’s rhythm section with some fat low-end growl on five-string bass while Jeremy Kaplan, a considerable talent who attended Berklee on a scholarship from the Piano Man himself, consistently dazzles on the keyboards.

Nine-mile skid on a ten-mile ride, hot as a pistol but cool inside
Cat on a tin roof, dogs in a pile
Nothin’ left to do but smile, smile, smile

Named from the lyrics of the Grateful Dead’s “He’s Gone”, you wouldn’t be the first to mistake Dogs In a Pile for a Grateful Dead cover band. While heavily influenced by the best catalog of all time and most definitely falling under the category of jam band, perhaps most exciting is to hear how the classical and jazz influences of their education meld with the musical influences of their homes and their youth. Hot as a pistol but cool inside, indeed.

“Thomas Duncan Pt. 2”, Dogs In A Pile’s opus, was the only song played last night from the band’s recently released album, Not Your Average Beagle, but not for lack of material as the largely original set also included the debut of two new songs, “Crazy” and “Can’t You See”. Dogs would also have fun with a wide range of covers, from a first-time-played version of The Meters’ “People Say” to Lorde’s “Royals” and Smashmouth’s “I’m A Believer”, all of which sent the already pulsating room into an absolute tizzy. Check out pro-shot video of “People Say” > “Blues For Brian” below.

Dogs In A Pile’s success is a family story, happening in real-time for all the right reasons and it’s beyond refreshing to see a band grow organically, get road-tested, and return home for a victory lap with loved ones. Catch them tonight at The Capitol Theatre as opening support for Pigeons Playing Ping Pong and head to their website for information on upcoming shows.

In Focus: Pigeons Playing Ping Pong At The Capitol Theatre 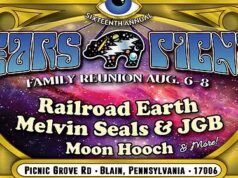 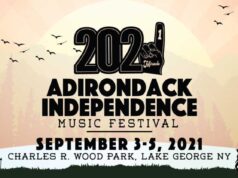 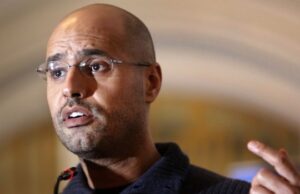