Robert Glasper is in the midst of a mammoth, 33-night, 66-show residency at New York’s Blue Note Jazz Club. As is customary, the run of shows has been marked by numerous guest sit-ins, including Friday night when the pianist welcomed H.E.R. for a performance of “Better Than I Imagined”.

Glasper took home a Grammy in 2020 for “Better Than I Imagined“, which featured H.E.R. on vocals. The win marked Glasper’s fourth win and ninth overall nomination since 2009.

“So we did this song really randomly at Electric Lady, and we ended up winning a Grammy which is nuts,” H.E.R. says as she comfortable commands the stage from a stool. “That night I said ‘hey want to go to the studio?’ And we he was like ‘yeah,’ and it just happened.”

With so many shows and so much time, Glasper’s nightly concerts take on a laid-back feel of a man who is in no hurry. From the guest sit-ins that dot his stay at the Blue Note to the overall vibe of a casual jam session rather than an organized event, Glasper turns the famed jazz club into his living room for two rent-free months.

Watch Robert Glasper perform “Better Than I Imagined” with H.E.R. at the Blue Note Jazz Club on Friday. Glasper’s residency continues tonight, October 16th, and continues through November 7th. For tickets and a full list of dates visit his website. 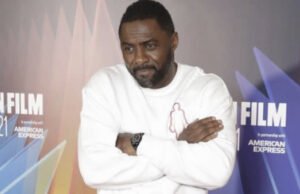 After Years of Speculation, Idris Elba Is Reportedly Joining the ‘Bond’...