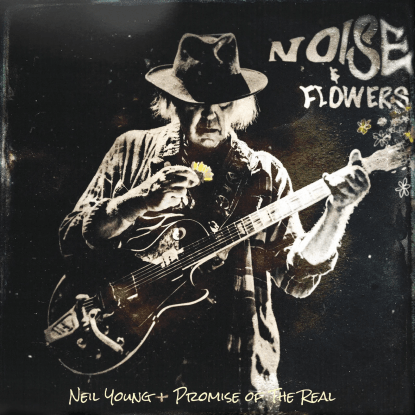 Neil Young has detailed his new double live album and concert film, Noise & Flowers, chronicling his 2019 European tour with Promise of the Real. Out on August 5th, Friday’s announcement comes alongside a live video of “From Hank to Hendrix”.

Just as Young and Promise of the Real were preparing to jet out to Europe in summer 2019, Neil received news his longtime friend and manager Elliot Roberts had passed away. Two weeks after Roberts’ death, Young and Lukas Nelson‘s backing band began the nine-show trek through Europe that began at Denmark’s Tinder Box festival and wrapped with a pair of shows in the U.K. and Ireland split with Bob Dylan. Throughout the tour, however, the ensemble held on to Roberts both emotionally and physically, adorning a road case with a poster of him just where the former manager stood during Neil’s shows for over 50 years.

“Everyone who was with us felt that this tour was amazing for its great vibe,” Young wrote on Neil Young Archives.  The Real and I delivered for Elliot.”

The Noise & Flowers tracklist features a number of classics including “Helpless”, “Comes A Time”, “Winterlong”, “Alabama”, and “Rockin’ In The Free World”, which Neil altered to chastise then-President Donald Trump for using the song at his rallies: “Got the Orange Lucifer usin’ this song again”. The 13-track collection also features Young’s fourth-ever performance of “On The Beach” in 47 years which came on July 9th in Antwerp, Belgium.

The singer-songwriter first announced the live album back in September 2020 as he mined his back catalog for a constant stream of releases. Young has not performed live since September 21st, 2019 when his run with POTR ended at Farm Aid and in that time he has released four archival albums, and two LPs with Crazy Horse with the band’s 2001 album—Toast—finally slated for release on July 8th. Though the Farm Aid founder sat out last year’s event citing COVID concerns, Rolling Stone reports that he recently shared the charity concert’s September 24th date announcement on his Instagram, hinting at his attendance.

Watch Neil Young and Promise of the Real perform “From Hank to Hendrix” from the upcoming live album/concert film Noise & Flowers, available here for pre-order on a variety of formats.

Neil Young & Promise of the Real – “From Hank To Hendrix” (Live)

Mr. Soul
Everybody Knows This Is Nowhere
Helpless
Field Of Opportunity
Alabama
Throw Your Hatred Down
Rockin’ In The Free World
Comes A Time
From Hank to Hendrix
On The Beach
Are You Ready For The Country
I’ve Been Waiting For You
Winterlong
F***in’ Up 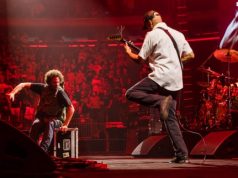 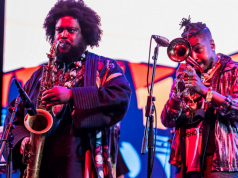 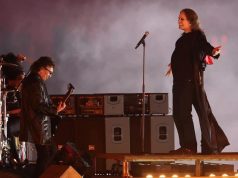