It’s time to prepare for a whiskey celebration—an expensive one. Michter’s Distillery will begin shipping its 2022 Edition of Michter’s Celebration Sour Mash next month—fashionably late thanks to supply chain issues—in February 2023. And the hefty price tag is most certainly worth it.

This will only be the fourth time that a batch of Michter’s Celebration has been released. It’s the second celebration current master distiller Dan McKee has worked on (the special gift box for Celebration has a little drawer where a letter from McKee is secured for each Celebration buyer.

This is a big milestone for any Michter’s whiskey fan—Celebration releases (and the still-rare chance to taste one at a bar) are nearly as rare as Olympic ceremonies. And they’ve only been going on for a short while, especially in the history of the Michter’s brand.

The Michter’s American Whiskey brand has been producing whiskey off and on since 1753. Co-Founder and Michter’s President Joseph J. Magliocco began resurrecting the brand in the 1990s, and since then, there have been a number of incredible releases from the brand, including dozens of Michter’s 10-Year, 20-Year, and 25-Year limited editions.

Michter’s Celebration Sour Mash Whiskey was one of the first ultra-premium blended American whiskeys of the modern whiskey gold age. They have since released additional batches in 2016 and 2019, but no more since that third pre-pandemic batch.

Here comes the bad news: Michter’s is only releasing a precious, minuscule 328 bottles of the 2022 edition—they couldn’t fill the seats on a 747 with the total volume they’ve produced.

Obviously, finding one will be hard—and that’s a shame. At 112.8 proof (56.4 percent alcohol by volume), the blend is made up of seven component bourbons and ryes, aged between 12 years and more than three decades. It sounds absolutely delicious.

Previous batches obviously have been incredible. Want to buy a bottle of the 2013 Celebration, for instance? You can get your hands on one for a mere $40,000 (plus tax and shipping).

Comparing Michter’s Celebration to anything on the market is hard, though. There aren’t releases like Michters’ Celebration in the American whiskey market—not really.

While scotch brands like Macallan can command tens of thousands per bottle, those are lofty, multi-decade vintages. Even Macallan 30 Year can be snapped up off the internet for $6,000—about the same as the SRP of the upcoming Celebration.

Is that a deal? I think so when you consider the limited supply. The suggested retail price of $6,000 may very likely continue to climb the moment this bottle hits the aftermarket, given the buy-it-now value of batch one. But that’s the investment value—think this is a drinker.

Some expert advice: keep your eye out for an opportunity to taste this one at some of the great bars out there. But if you get the chance to buy, don’t treat the huge price tag like too much of a burden. After all, this whiskey is meant to be a celebration.

January 30, 2023
The word prolific comes to mind when looking at Donna Feldman’s portfolio. The remarkable multihyphenate model, actress, and production company head got one of... 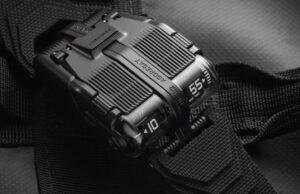