Brooklyn Bowl in New York City will host a tribute to Grateful Dead guitarist Bob Weir and his writing partner and friend John Perry Barlow dubbed “The Songs Of Barlow & Weir” on February 7. Proceeds from the benefit concert will go towards the late John Perry Barlow’s Freedom Of Press Foundation.

The show will take place on the one-year anniversary of John Perry Barlow’s death. “Cassidy,” “Throwing Stones” and “Hell In A Bucket” are just a few of the songs JPB wrote with Bob Weir. Tickets are on sale now here. 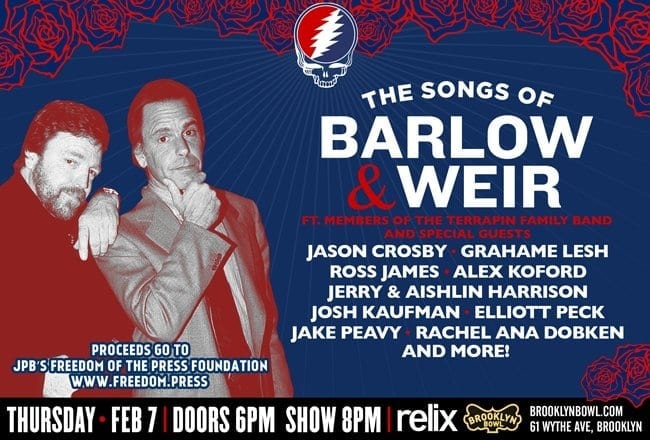 Music
Broods are heading our way in celebration of their brand new album Don’t Feed The Pop Monster, which drops this Friday. To toast the release...